Guitar tutorial: How to arrange your own fingerstyle?

Blind Blake wasn't called the Ruler of Jazz to no end - he had the title before Elvis even! Any guitarist who has investigated finger-picking soul strategies will know no less than maybe a couple of his melodies. Blake's music roused numerous later guitarists and even legends, for example, Reverend Gary Davis and Enormous Bill Broonzy confessed to listening to his records with esteem. 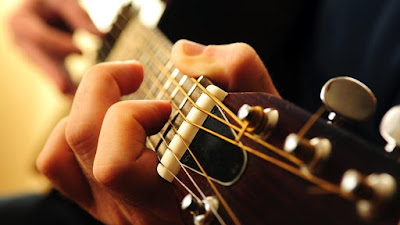 Arthur Blake's style was exceptionally exact and fresh, with a bouncy jazz syncopated feel. In spite of the fact that with a large portion of his pieces we can without much of a stretch work out where to put our fingers, it's regularly the sheer speed of his work that annihilations those not willing to put a considerable measure of time into the style. Fortunately, he additionally delivered slower melodies which had essentially the same structure, so we have bounty to go on.

Having cut more than 120 sides, it more likely than not been amazingly hard to fluctuate his yield enough to keep the general population's advantage. Blake did this by utilizing a few keys (however generally C and G) and trying different things with the bass examples and general planning. For instance, in "Tootie Soul," he begins off at a lackadaisical pace and all of a sudden gets serious about the planning, complete with single string runs tossed in! It's exceptionally testing and colossal enjoyable to play.

In his instrumental "Guitar Rings" he indicates us one of the Brilliant Tenets of soul guitar - how not to exhaust the audience! The piece is more than 3 minutes in length and he never rehashes himself - noteworthy.

Two of Blake's pieces are incredible in view of their unpredictability and velocity. "Police Pooch Soul" in open D tuning is a quick gem of exactness picking and it's very uncommon to hear a devoted interpretation by a present day guitarist - Ry Cooder is the nearest there's ever been, I think.

"West Drift Soul" is a showcase for Blake's trademark system, which was to roll the thumb crosswise over two bass strings with the goal that we hear two notes "bu-bum" rather than only one. When this is done utilizing a substituting bass picking design the outcome is a to a great degree syncopated sound that nearly resists conviction. When I first heard this I was sure that two guitars were being played. It's verging on difficult to play it like Blake and one day I'll hit the nail on the head. Saying that, I'm finding that some of my understudies are improving a vocation of it than I do, which is what it's about.

Love amongst the Cherry Blossoms Wedding fever is running hot in our household at the moment as we prepare to take to the skies and head for Japan. Last minute arrangements, the rush to find the 'right' dress, the 'perfect' shoes and the list goes on.

It's a classic love story. They met on a plane and fell in love. Now it's off to a fairytale wedding amongst the cherry blossoms.

This got me thinking about wedding traditions. These days couples are opting for less traditional weddings like beach and garden ceremonies with a celebrant rather than the traditional chapel wedding. The old superstitions and traditions that went hand in hand are now gradually fading away. So I thought I'd share a few of some of the perhaps lesser known superstitions:

Getting to know Eleni Konstantine

Today we are getting to know Helen Katsinis (aka Eleni Konstantine). Helen is also a tireless supporter and volunteer at Romance Writers of Australia.

Welcome to Mission: Romance, Helen.
First of all, thanks Juanita, for having me on your whizz bang blog.

I’m a long time member of Romance Writers of Australia, and I write fantasy and paranormal fiction under the name of Eleni Konstantine. While I’ve had some short fiction published, I’m yet to be published in anything longer – yet! (wink).

I am a long time volunteer of RWA – after all it’s a great organisation. So if you’ve seen my name around – Helen Katsinis - and you’re not sure where, that could be it. I help with Hearts Talk, the web team, am the paranormal e-loop co-moderator, and am part of the next two conference teams.

I’ve recently started my own design website, HelzKatDesigns. A result of winning (unexpectedly, I might add) the 2010 Little Gems Topaz Anthology Cover Contest, and also doing banner designs for my writing persona and others, it is something I enjoy doing. I want to get better and better at this, and have loved designing book covers for authors – like Mel Teshco and Tracey O’Hara.

I haven’t really designed any covers for my own books (yes, I know, that’s next on my list), but I did design a bookmark as part of Claytons conference for one of my novels, DreamTamer.

My biggest ambition is to balance the two creative sides of myself as well as balance life – I have chronic fatigue syndrome, so anything creative I do, I see as an achievement. 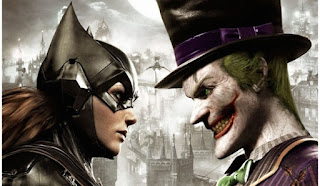 I did play around with a photo of myself to make it look more like a graphic novel drawing for Claytons. I had dressed up as Batgirl for the 2010 RWAus.

What inspires you to write and when did you know you wanted to be a writer?

I’ve always loved stories since I was a little girl. I used to make up stories in my head and then I wrote them. I think I always wanted to be a writer, but it was at Uni that I realized it was something I really wanted to do in life. And it was the 2002 RWAus conference in Melbourne, that made me realise, I wanted to be a professional at it.

Which comes first? The character's story or the idea for the novel?

You know, I don’t know. Sometimes, it’s the character popping up almost fully formed and they hint at a story they have, and other times there is a general story idea saying ‘Look at me!’ It seems I can’t conform.

I think the genre chose me. I’ve always had fairy tale and mythology stories around me. So I think that was a natural progression to fantasy and paranormal tales. That ANYTHING can happen attracts me. A flying superhero – no problem. A fairy godmother helping out a disillusioned girl, here you go. A ring with power rule to world, thank you very much Professor Tolkein. It’s so easy to be swept away with all these stories, and that’s what I want my readers to feel when they read my stories – swept away.

What is your favorite scene in your book?

I don’t have a favorite scene as such, but I love the banter between Zeta and Daniel in Gateway to Hell (novella currently under submission), and I love how Zeta turns Daniel’s preconceptions on its head.

“Why the hell not?” His voice was harsh, and exasperated at the same time.

“In this case, you need more than guns and a ritual.”

“And what would that be?”

“You need me to close the Gateway to Hell.”

Tell me a little about your favourite character in your book.

Now, I know how hard it is to answer this question (I use it myself on the DarkSider blog). One of my favourite characters is Leo from Healer’s Destiny. He may be a secondary character but he is funny, loyal, and just makes me smile. He’s a Lion Guard so he can fight his way out of a corner, but he also is perceptive, so hence why he’s the Prince’s best friend.

What was the hardest part to write in your book?

I’m still rewriting Healer’s Destiny. I thought I had it all set, but while it’s close, it’s not quite there. I have a clearer focus on what I want this book to be, so while it will be time consuming and draining, it will be worth it in the end.

Who is your favorite author(s)?

I have so many faves. Diana Gabaldon for my favourite hero of all time, Jamie Fraser, J.R.Ward for doing something brand new and compelling with Black Dagger Brotherhood, George R.R. Martin for his intricate world building and fascinating characters, David Eddings for writing one of the best fantasy series ever – The Belgariad, and of course there are our RWAus authors – Keri Arthur (Riley Jenson series), Anne Gracie (Gideon anyone?), Barbara Hannay, Nikki Logan, Rachel Bailey, Tracey O’Hara, Anna Campbell, Denise Rossetti (poetic prose)…and many many more.

What book do you consider your favourite read of all time?

Again, so many, but if I had to choose one – Diana Gabaldon’s Cross Stitch(Outlander in US). It has history, action, romance…and time travel. And of course Jamie Fraser, the best HERO of all time.

If you could have dinner with one person, dead or alive, who would it be and why?

My grandma, because she passed away before I was born, and not only am I named after her, apparently I look remarkably like her too. She was the only grandparent I never met. Not a very high brow answer, but I’m a basics kinda girl.

Thank you for sharing with us today, Helen. It's been wonderful getting to know you. Wishing you best of luck with all your endeavours.
vào lúc 12:30:00 AM No comments: I'm a woman on a mission, taking charge of my future and living my dreams (at least until reality intrudes!) Technical Writer by day, Romance Writer by night - finding the balance between my worlds